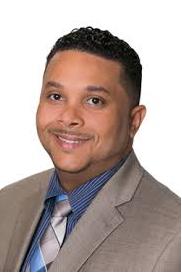 Mr. Scott has been with the organization from inception as one of Health City’s original employees. He has played an instrumental role with the team that helped to shape the hospital’s concept from vision to reality. In his six and a half years the Health City brand and strategic indicators have grown in leaps and bounds. Health City is now synonymous with quality and compassion which is in no small part due to Mr. Scott.

Prior to joining Health City, Mr. Scott worked with the Cayman Islands Department of Tourism for 18 years where he gained a deep understanding of the tourism sector. He began as an intern with the Department and rose through the ranks of the organization, eventually being appointed Director of Tourism.

Mr. Scott took the helm of the Department in 2008 during the global recession, and defied conventional wisdom to help grow tourism arrivals by 25 percent over the next four years.

A strong believer in assessment, quality and continuous improvement, Shomari takes every opportunity to lead by example and to promote the personal and professional development of his team members.

Mr. Scott is a keen sportsman and is passionate about basketball. He played on the Cayman Islands national team for 10 years and over the past several years has coached both youth and men’s basketball in his free time.

The influence of his father, a former director of the Bonaventure Boys’ Home, and his mother, who was recently was awarded the prestigious Golden Apple Award for Excellence in teaching, contributed to Shomari directing his involvement in basketball to give young people a positive focus, channeling energy into sports and other productive activities.

In 2013, he was awarded the Young Caymanian Leadership Award, which recognizes outstanding young Caymanians whose achievements and actions make a significant contribution to the islands’ society and who serve as positive role models for other youth.

In 2017, Shomari was recognized as an Emerging Pioneer in Tourism as part of the Cayman Islands National Heroes Day Awards. In 2018, he was elected as a Councilor for the Cayman Islands Chamber of Commerce and is the current President Elect. The same year, he was appointed as a member of the Board of Governors of the University College of the Cayman Islands (UCCI), and currently serves as Deputy Chair.

During the height of the pandemic Mr. Scott was named Chair of the Social Services and Healthcare Network for the Strategic Economic Advisory Group.

Shomari Scott earned a Bachelor of Business Administration, with a major in Marketing, from Stetson University in Florida.